Be the first to produce a brand new musical, Arlo's Monster!

No play is ever really "finished" until it has been produced.  That's because the playwright invariably discovers, in collaboration with the director and the original cast, ways in which the play on the page doesn't quite work on the stage.  The first production of a play is thus often called a "developmental production."  The experience of participating in such a production--of getting in on the ground floor, so to speak, and seeing the process of birth firsthand--can be extremely valuable for young actors.  My newest project, Arlo's Monster, a short chamber musical, is ready for a developmental production.  Because such a production will be valuable to me as a playwright, in helping me to polish the script, as well as to expose it to the world, the first group to produce Arlo's Monster will get the performance rights for free, as well as getting their names in the official script as the original cast if and when the play is published.  In exchange, I would expect to be involved in the rehearsal process from the outset--not necessarily attending every rehearsal, but consulting regularly.  I believe this is a win-win for your students and for me.  We'll all learn a great deal.  Plus, producing a world premier of a new play is a fantastic way to get publicity both for the production and for your program as a whole.  Because I will need to attend rehearsals, the production must be within a reasonable distance from my home--say, within 75 miles or so of Boston.  If you are a drama teacher or the director of a community theatre group in that area, and would like the opportunity to premier Arlo's Monster, please contact me via the link below.

(More info on the play.) 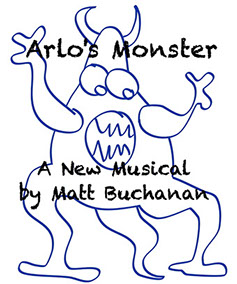